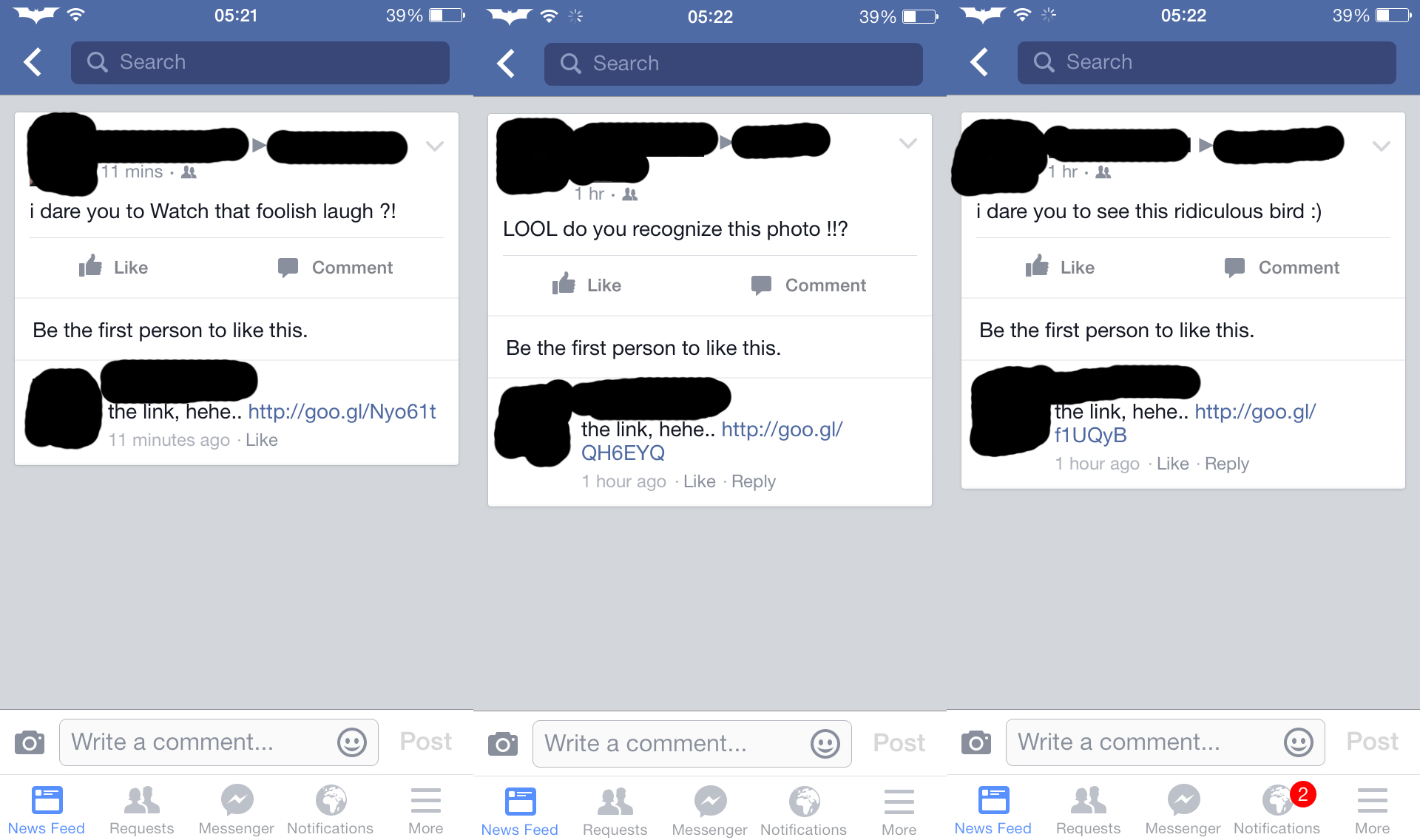 There’s a new method for spamming Facebook users that some spammers have been using lately to bypass Facebook’s spam filters called “Comment jacking”. As you could probably tell from the image above, comment jacking is not like likejacking, which is where a Facebook spammer would set up a website that would have a video (usually a YouTube video player) in the centre of the website, with a like button underneath the video play button, which when clicked would cause the user to ‘like’ the video so their friends could see it and fall for the same trap.

The only explanations I can think of for someone wanting to engage in comment jacking is to bypass Facebook’s spam filters and to make a Facebook spam post appear to be a genuine one. However, in the example above, posting shortened URLs still looks like spam to most Facebook users since genuine Facebook users typically do not go through the extra effort of concealing their links only to share them on Facebook.