Earlier today, I received a friend request from someone named “Susanne Channing Freud”. Immediately, I could already tell it was a fake friend request, but after seeing how many clueless blokes added the fake account, I remembered how most people can’t tell the difference because they don’t know how to spot fake Facebook friend requests. That’s certainly a problem.

Before we begin, kudos to you for making an effort to learn about spotting fake Facebook friend requests. You’re already light-years ahead of the majority of Facebook users.

Step 1: Visit The Profile & Take Note of the User’s Activity

It’s a lot easier to spot fake Facebook friend requests than you think. Using Susanne as an example, you’re going to want to start by visiting their Facebook profile. 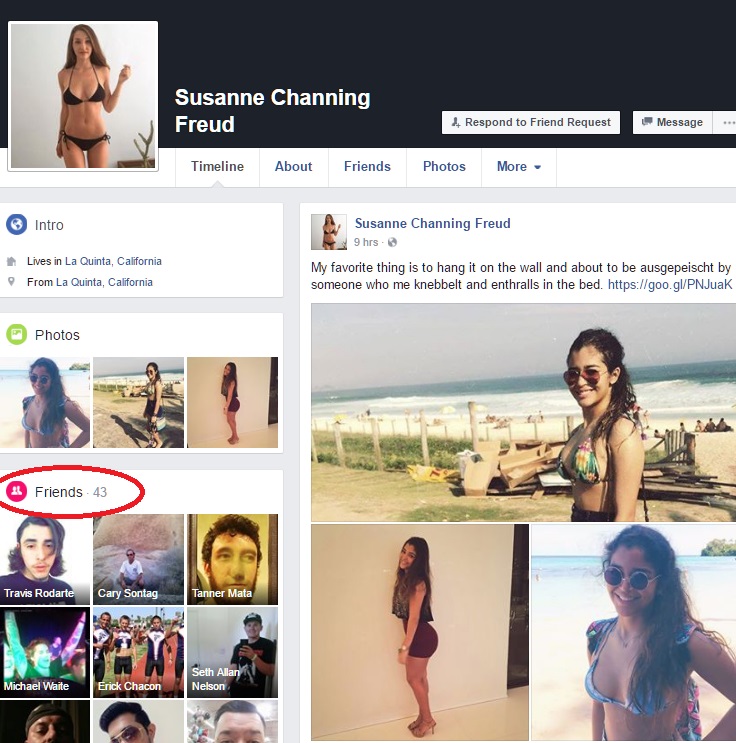 Right off the bat, I can see that the profile was created as early as last month, and the user’s friend count is suspiciously low and consists entirely of males. By now, you can tell it’s a fake account, but I’m going to continue onward for the sake of this example.

Step 2: Search For Their Name in Google

All right, so let’s give them the benefit of the doubt and assume that this is just a young girl who barely joined Facebook and wants to become friends with strangers (yeah, right…). Let’s search for their name in Google and see what comes up.

All right, so let’s once again give them the benefit of the doubt and assume that they aren’t very active online under their name. Let’s reverse image search Susanne’s images to see if any forum profiles come up. For those of you who don’t know about this feature, simply right click on an image (in Chrome) and select “Search Google for Image”. You can also go to Google Images and drag & drop the image in the search bar. 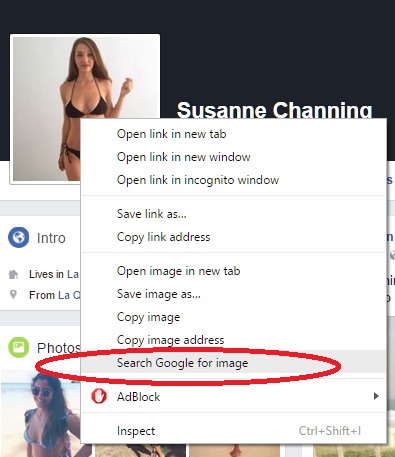 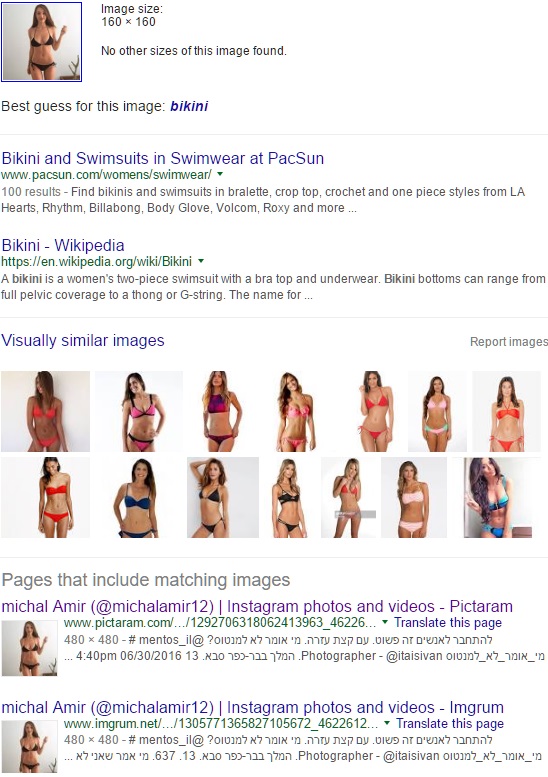 Ah, look at that! Someone named “Michal Amir” came up. Let’s visit the link to see who it is. Mind you, this won’t always be the case, but it is most of the time. 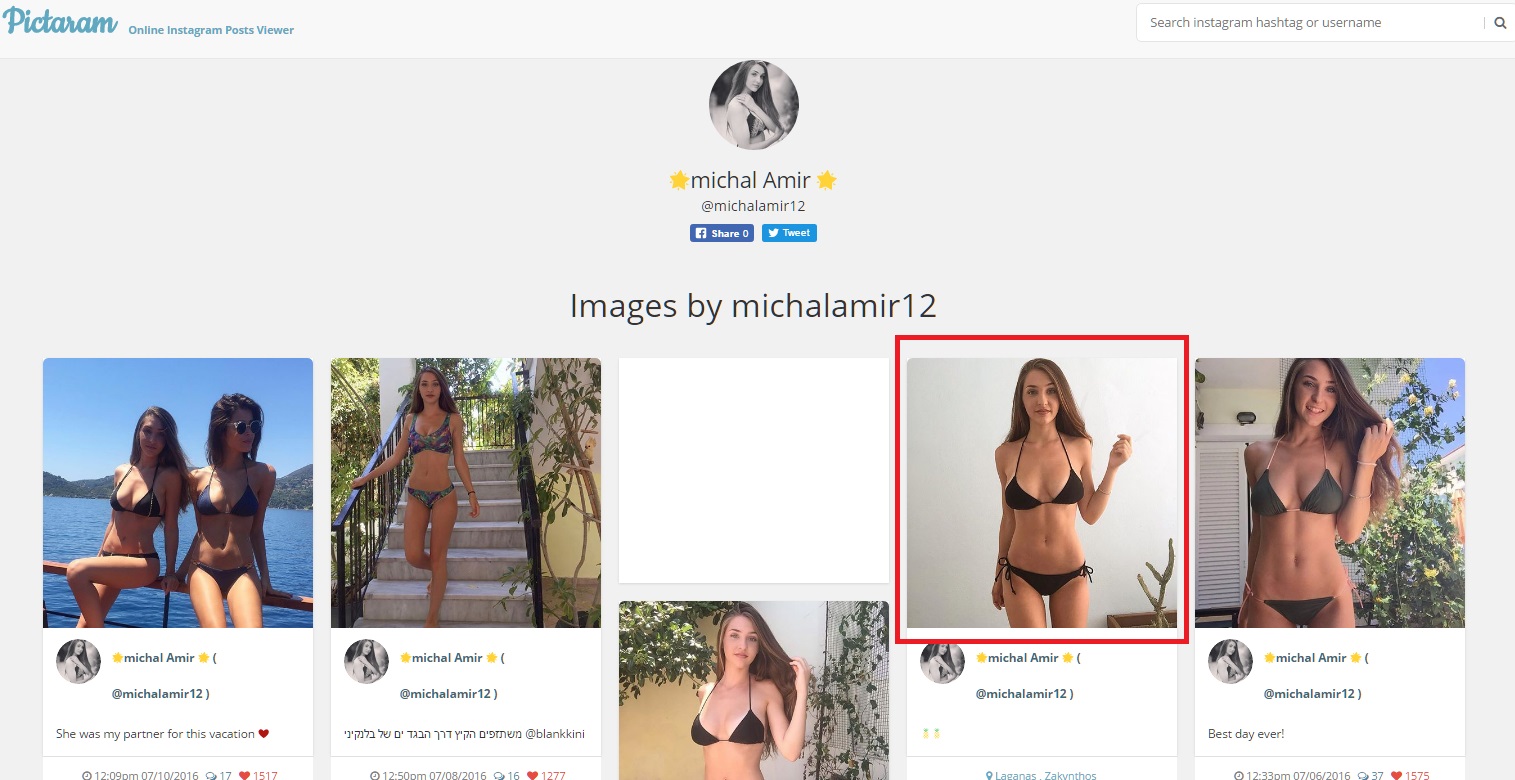 What To Do When After You Receive Fake Facebook Friend Requests

Once you’ve confirmed that the account is fake, report the profile and submit the report to be reviewed by Facebook. 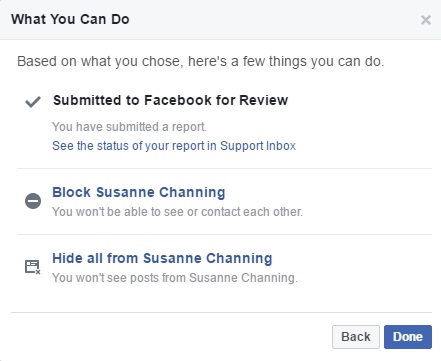 What this does is force the user to confirm their identity by having them send a form of identification to Facebook. Most of the scammers who create these fake profiles are either too lazy to Photoshop an ID or they don’t know how, so they’ll just abandon the account.

This is all it is sometimes. A fake Facebook friend request I received today from “Brigette” was from someone who was doing exactly this. 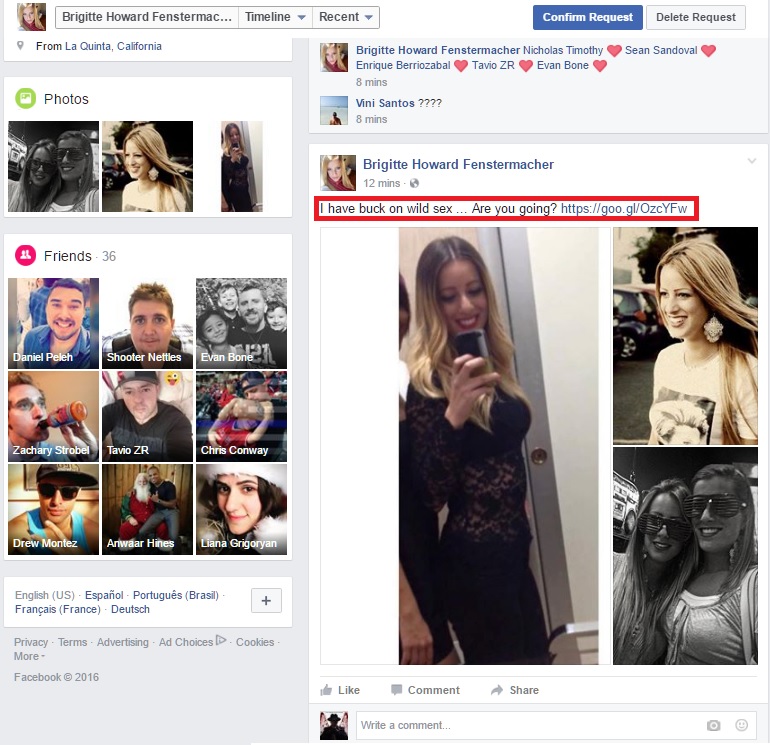 2. To Scrape Your Images

3. To Sell The Accounts

Popular Facebook accounts can fetch a pretty penny. While this is more common with Facebook fan pages, personal accounts can be created and sold to people who want to use the friends list as a way to promote their products and services (usually adult).

To summarise, do the following:

Don’t be like these lecherous clowns who add these phoney accounts because their dick compels them to.

So remember, if you ever added a fake Facebook profile, don’t feel bad, because apparently there are people in this industry who can’t tell the difference, either.

Do SEO Certifications Even Matter?Adwords Keyword Planner: What You Need To Know